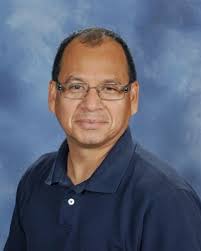 Today, we celebrate the second Sunday of Epiphany; to me, this is Sunday is special for at least two reasons: first, this is a Sunday of transition, of change, radical changes I would say. John the Baptist had been around for a while, and some people were asking if he is the one who is to come. In today’s gospel John makes things clear, and pointed at Jesus, saying, “He is the lamb of God who takes away the sin of the world.” In other words, He is the one you must follow, not me. Here, we see a transition taking place from John to Jesus.

John said, “I came baptizing with water for this reason, that he might be revealed to Israel… He on whom you see the Spirit descend and remain, is the one who baptizes with the Holy Spirit.” Here we have another change taking place from baptism for repentance, to the baptism of the Holy Spirit.

Andrew and the other disciple (who is believed to be John the disciple) left John the Baptist to follow Jesus, the new teacher. We have another transition taking place here, from John to Jesus. All these changes or transitions happened after John the Baptist watching Jesus walk by exclaimed, -and I would say pointing at Him – “Look, here is the Lamb of God!”

The second reason why I believe this be a Special Sunday, is that it sets the grounds of who Jesus is, “He is the Lamb of God who takes away the sin of the world.” John did not introduce Jesus as the “Lion of Judah” or as a mighty warrior. In his gospel John, the writer records the words of John the Baptist, and in these words, John the Baptist captures Christ’s role as the Lamb, not as a long-awaited warrior-king who was going to destroy Israel’s enemies, as some did, but as a pure sacrificial victim. And to make his point clear, he calls Jesus twice the Lamb of God; This is not just an expression John the Baptist invented; This is the message God sent him to proclaim.

When John called Jesus “the Lamb of God,” everyone Jew knew, John had in mind Leviticus 4. In this chapter from the Book of Leviticus, we find some directions for Israel about how they can be clean from their sin. Verse 28 speaks about the sin of a regular person in the community “When the person learns about his sin, he must bring a female goat that has nothing wrong with it as an offering for his sin. He must put his hand on the animal’s head and kill it…” verse 31, “In this way, the priest will remove that person’s sin so he will belong to the Lord, and the Lord will forgive him.”

It is essential to pay attention to what John the writer says about John the Baptist. Verses 32-34 “Then John said, “I saw the Spirit come down from heaven in the form of a dove and rest on him. Until then, I did not know who Christ was. But, the God who sent me to baptize with water told me, ‘You will see the Spirit come down and rest on a man; he is the One who will baptize with the Holy Spirit.’ 34 I have seen this happen, and I tell you the truth: This man is the Son of God.” We can say that God gave John the knowledge, the key for others to know who Jesus is, so that they could come to Him. That is what he did: point others to Jesus; in that process, he gave up everything: his popularity, his disciples, and even his life. He is the one who, according to John, the writer provided the first two disciples to Jesus. These two later were four, then twelve and now are counted by millions. Everything began with one person who dared to testified; one person who dared to evangelize; one person who did not keep for himself what God revealed to him, what God sked to share.

This story of John pointing others to Jesus can be for us the perfect reading to invite us to do the same. My brothers and sisters I do not mean to put pressure on you; I do not intend to put on your shoulders a heavy burden, but as He did with John the Baptist, God has given us the key to transform this world; He has given us the key of making a better world. That key is the gospel of Jesus Christ, and I do not exaggerate when I say that.

I know it is true because my life changed for better after I had my encounter with Jesus; my family is better because we walk with Jesus; my world is better since I walk with Jesus. And I know that what He has done in our lives, He can also do it in the rest of this world. God can and is willing to do with others what He has done in your life. And I repeat it: I do not think I exaggerate, because Jesus is the Lamb of God who takes away the sin of the world. Not the sin of one person only, or one family only, or one church only but the world. However, Jesus did not just come into our lives; someone introduced us to His gospel; someone said to us Jesus can help you, Jesus can save you, Jesus can transform you.

Besides John the Baptist, Andrew, Peter’s brother is also a great example to follow. Listen to verse 41: “The first thing Andrew did was to find his brother Simon and say to him, “We have found the Messiah.” He could not keep this finding for himself.

It is not a secret that evil in all its forms is growing in our communities and is destroying families. Nowadays, it seems that a sinful life is moral, and to live in holiness is immoral. People are passing to each other ideas and ways to do evil. Today is also true what Paul wrote to the church in Rome, “they have no understanding, no fidelity, no love, no mercy. Although they know God’s righteous decree that those who do such things deserve death, they not only continue to do these very things but also approve of those who practice them.” Romans 1:32.

So, the evil we see around is not new; it has been around us forever. The church of Jesus Christ has been fighting it for over two thousand years and now is our time to present a fight, and the way we can fight against evil it is not with assault weapons is not by building bunkers to be ready for the doom day. The way God wants us to fight against evil is by sharing the Good News that has the power to transform this world; by sharing the name that is above any other name. The way God wants us to fight is by speaking up on who Jesus is and what He has done in our life.

Let us remember that silence implies consent. Sisters and brothers, when it comes to our relationship with Jesus, our primary job is to “see and share.” John the Baptist, and Andrew did it. John saw the dove descend upon Jesus and told others what he saw. Andrew later did the same. He said his brother what he and the other disciples saw the person they believe was the Messiah and invited Peter to come along and see for himself.

Learning from Andrew, I can say that evangelism is: noticing what God is doing in our lives and sharing that with others and inviting them to come and see for themselves.

Let me finish with a real story, is about Amanda, a friend from Nicaragua. She lost two brothers during the revolution against the Somoza regime. One of them died after the war was over. When the Sandinista army won the civil war in Nicaragua, they were so involved in celebrating their victory in Managua that they forgot to tell one of their platoons in the mountain about the victory. In mountains, and they found another platoon of Somoza’s soldiers, and even when they had already won, and the war was over, they started fighting, and her brother died. He died because his fellow soldiers forgot to tell them they had already won.

My brothers and sisters, people will continue dying in their sins if we do not share the Good News of victory in Jesus. They need to know that they do not have to struggle with sin and evil by themselves anymore; they have Jesus who defeated sin. They need to hear that Jesus’ victory, is also their victory.