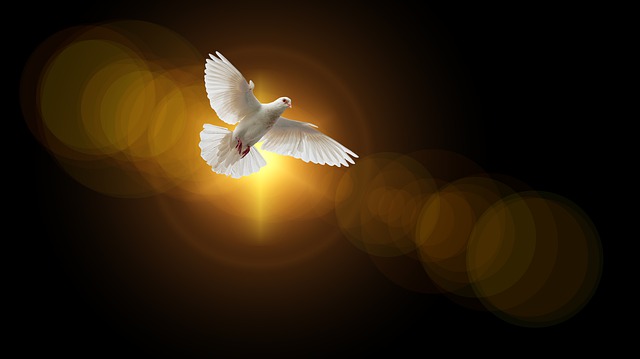 Today is one of those Sundays when we have more than one celebration. Today as nation we celebrate Memorial Day, as Christians we celebrate Ascension Sunday and as Methodist, we celebrate Aldersgate, the day when John Wesley felt his “heart strangely warmed.” This experience of God’s grace is believed to be the beginning of Methodism. Today, I will meditate in the first two. Preparing myself for today’s sermon, I found a quote from a book named Jaber Crow, written by Wendell Berry. I have not read it. But this quote is appropriated for today. Pondering in the death of his friend Forrest in World War II. Jaber Crow says: “I imagine that soldiers who are killed in war just disappear from the places where they are killed. Their deaths may be remembered by the comrades who saw them die if the comrades live to remember. Their deaths will not be remembered where they happened; they will not be remembered in the halls of government. Where do dead soldiers die who are killed in battle? They die at home—in Port William and thousands of other little darkened places, in thousands upon thousands of houses like Miss Gladdie’s where The News comes, and everything on the tables and shelves is all of a sudden a relic and a reminder forever” (Jayber Crow, 141).

Memorial Day is the day for mourning the U.S. military personnel who died while serving in the United States armed forces. Memorial Day is the day when we decorate the tombs of those soldiers who lost their lives in wars. It is a day when we wear red and get together for BBQs as a way to honor what they did for the country. This day thousands of speeches are given around the country thanking God for the sacrifices these men and women did for us to live safely, free and in peace. This Memorial Day, I invite you to make memory not only of their death but of the reasons they fought and died for; let us make memory of the dreams and ideals, they fought and gave their lives for. Let us think about the country they intended to build and let us ask ourselves, is this the country they fought for? Let us ask ourselves, are we as Nation really honoring their memory, are we honoring their lives and sacrifices they did by wearing red but doing nothing to stop the mass shooting at schools, supermarkets, and churches. Is this the country they wanted us to have when they made the ultimate sacrifice?

If we could have the opportunity to interview one of those soldiers who die in World War II and ask him, is this the country you dreamed we will become? I wonder what his answer would be.

Where do dead soldiers die who are killed in battle? Jarber Crow asked. They die -my sisters and brothers when we abandon their ideals and dreams for a better and safety country. They die when we do nothing to protect the most vulnerable of our society; they die when a child is killed at school, when a person is killed at a church.

Do we really want to honor those who gave it all? The only way to do it is by continue building what they fought and died for, a better country, a safe country, a country where a child can learn and feel safe at school and parents do not have to ask, will my child come back home today?

Today we mourn and honor those who gave it all for us to have a better country, a safe country. What are you willing to sacrifice for our children to have a safe place to learn? What are you willing to sacrifice for all of us to have a safe country? The soldiers we honor today gave their lives, and I believe, they deserve better than wearing red and singing patriotic hymns, they deserve our commitment to do our part to build the country they dreamed, fought, and died for.

In the gospel of John, we read this morning that Jesus is praying for unity and because he prayed for those who will believe in me through their message, he is asking the Father for our unity; he is asking the Father for us to be one as he and the Father are one. However, when I see our country, when I see our world, unity is something almost impossible to accomplish. And this happens, -I believe- because we have put aside God’s principles and at the center our own desires and interest. You see, Jesus knew that without unity is impossible to do his will. In Mark 3:24 and 25 he said, “If a kingdom is divided against itself, that kingdom cannot stand. If a house is divided against itself, that house cannot stand.” Nowadays, we cannot solve any of the problems that are destroying our country and our world because there is not unity among the people. Let us stop blaming the government, they are only a reflection of who we are. What happen is Washington only reflects what is happening in our streets.

Do we want to accomplish the unity Jesus prayed for, the unity we need to solve the problems that are destroying our society? Let us follow God’s Word and not our own desires and interest. Let us obey God and not the political agenda of my political party. Listen to Ephesians 1:22, “And God placed all things under his feet and appointed him to be head over everything for the church, which is his body, the fullness of him who fills everything in every way.” Jesus, sisters, and brothers is our head, no one else. And do you remember what our Head said about children, “Jesus said, “Let the little children come to me, and do not hinder them, for the kingdom of heaven belongs to such as these.”

How easy and cheap it is to celebrate Memorial Day without accepting the hard tasks of continue building the country our dead soldiers dreamed, fought, and died for. Our world and our country are full of people who want an easy freedom and safety that makes no demands; they love feeling rather than action.

Lord, we remember the many brave men and women who have given their lives through the history of our country to protect us from danger and harm. Help us to honor their memory
by caring for the dreams and ideals they died for. By being watchful caretakers of the freedom and safety for which they gave their lives, and by demanding that no other young men and women follow them to a soldier’s grave unless the reason is worthy, and the cause is just. Though their names may fade with the passing of generations, may we never forget what they have done. Help us to be worthy of their sacrifice, O God, help us to be worthy.